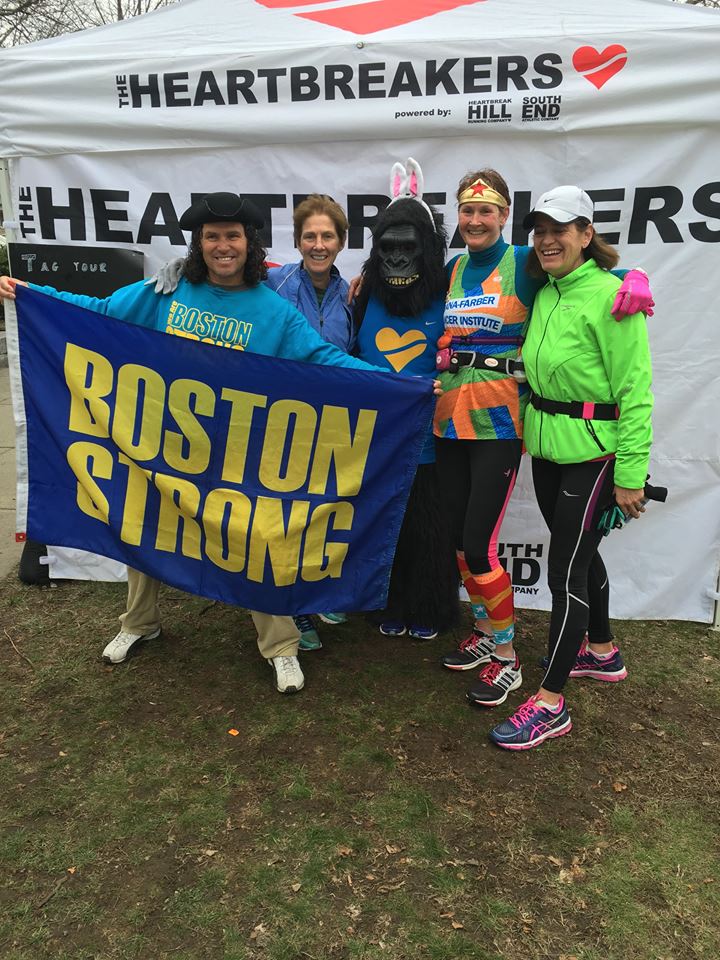 On Monday, April 18, Theresa Keresztes, of Wellesley, will run The Boston Marathon in support of Susan G. Komen® Southern New England, and the local fight against breast cancer. So far, she is 70% closer to her fundraising goal. Keresztes is a breast cancer survivor, diagnosed in 2007 after detecting a lump while lying on the floor playing with her daughter.

After deciding to run Boston, Keresztes did research on organizations that support breast cancer patients who do not have health insurance. One of the first things that came up on her search was Susan G. Komen. As an entrepreneur, and founder of My Girls™ Skin Care, a calendula cream known for help with protecting against the skin side effects of treatment, she experienced difficulty with health care coverage and even delayed important doctor’s appointments and scans due to lack of coverage. Keresztes was even been dropped from some health plans because she was "too expensive."

When it came time to select who she would run for, Komen Southern New England seemed to be a natural choice. "With gaps in health coverage, I became cognizant of what my scans and medicine actually cost. I wondered how women with little or no health insurance could afford a $1,000 imaging scan or a $4,000 3D mammogram, not to mention the cost of chemotherapy drugs,” explained Keresztes. “I am very impressed with all the support systems Komen has to offer women going through treatment and their partnership with CancerCare®, a national financial assistance and an emotional support system for people battling cancer and their families."

Having watched her mother battle breast cancer, Keresztes knew that she had to be proactive with her own health. “My primary care physician recommended I begin mammograms at the age of 35 due to my mother's breast cancer. Because of her advice, my breast cancer was found at stage zero in an annual mammogram shortly after my daughter was born.”

Keresztes says if she could break a myth about breast cancer she would want people to know that a lump or sore does not have to be painful. “I was playing with my daughter when I discovered the small lump,” she explained. Even though the area was not sore, Keresztes knew that having it looked at was the right choice.

"After treatment, I read a study by The Journal of the American Medical Association (JAMA) that advised women to exercise 150-300 minutes per week to reduce body fat which is associated with increased risk of breast cancer[1],[2],” said Keresztes. As she trains for her first Boston Marathon, she enjoys advice from seasoned marathoners, but also the protective benefits of training. Keresztes hopes her daughter will one day join her to run Boston with her and friends as part of a healthy, active lifestyle. "I really try to get my exercise in and stay active to reduce my chance of recurrence and of course, keep my health insurance costs in check!" she adds.